Roman Mask of a Faun at The Grand Curtius Liege, Belgium

3D
Scan The World
3,074 views 121 downloads
4 collections
Community Prints Add your picture
Be the first to share a picture of this printed object
0 comments

Roman Mask of a Faun at The Grand Curtius Liege, Belgium

Excavations carried out in 1910 in the substructures of a Gallo-Roman villa in Chardeneux-Bonsin uncovered this mask fragment depicting a faun, only made known through the small preserved horn located in the hair.

The life-size mask was stamped from a plaster matrix (?). The mounting holes in the top of the head and near the ears were expertly drilled before firing as well as the eyes, mouth and nostrils.

In the past, these masks were often considered as being used as stage props attached to the faces of the actors using an adhesive tape or string. The most likely hypothesis makes decorative elements adorning the column and walls of Roman villas.

Because concave, needs lots of support 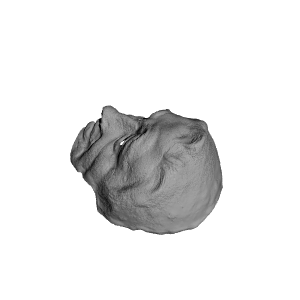 ×
4 collections where you can find Roman Mask of a Faun at The Grand Curtius Liege, Belgium by IOxOI