3D
Scan The World
1,043 views 36 downloads
Community Prints Add your picture
Be the first to share a picture of this printed object
0 comments

With the foundation of the principle by August in 27 BC. and its consolidation by his successor Tiberius in the year 14 began the Roman empire. When the empire is divided into a western and an eastern part, the first to 476 and the last until 1453 will remain an empire. 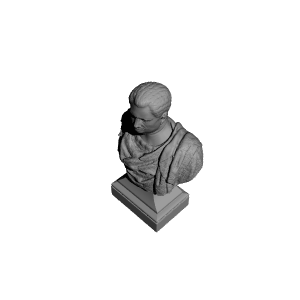