3D
Scan The World
4,283 views 341 downloads
3 collections
Community Prints Add your picture
Be the first to share a picture of this printed object
0 comments

Kurt Gebauer ( * August 18, 1941 , Hradec nad Moravicí ) is a Czech artist and university lecturer. He studied at the Central School of Arts and Crafts in Brno (1955-1956) , the Secondary School stonework and sculpture in Hořice (1956-1959) , and the Academy of Fine Arts in Prague with professors Vincent Makovsky and Karel Lidický . In 1965, he completed an internship with Professor Otto Herbert Hajek in Stuttgart ( Staatliche Akademie der Künste Bildenden Stuttgart ) . In 1972, then under Professor Cesar Baldacciniho . As a freelance sculptor in 1969. In 1990 he was appointed associate professor at the Academy of Arts, Architecture and Design in Prague , in 1992 he was appointedProfessor of Studio entire sculpture. Today is Professor Emeritus He is a member of a free grouping 12/15 Late Than Never , founding member of the new group and Wlastenci - Penclub friends.

Please be careful while removing the supports. 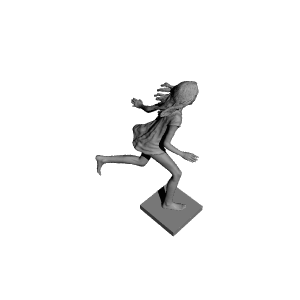