3D
Scan The World
1,037 views 42 downloads
Community Prints Add your picture
Be the first to share a picture of this printed object
0 comments

This is a marble relief depicting the Sagittarius, the half human and half horse, a mythological centaur archer. His higher intelligence forms a bridge between Earth and Heaven. The Sagittarius is also one of the signs of the zodiac. The relief was originally one part of a set from the Basilica of Saint-Sernin. Together with the Siren, they are sometimes dated to around AD 350 rather than to the Romanesque period because of their similarity to ancient workmanship. 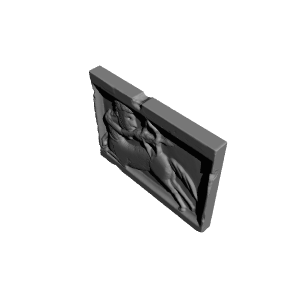 ×
0 collections where you can find Sagittarius by Augustins