3D
Scan The World
1,226 views 51 downloads
Community Prints Add your picture
Be the first to share a picture of this printed object
0 comments

According to tradition, a Christian saint and virgin, who was martyred in the early 4th century at the hands of the pagan emperor Maxentius. According to her hagiography, she was both a princess and a noted scholar, who became a Christian around the age of fourteen, converted hundreds of people to Christianity. 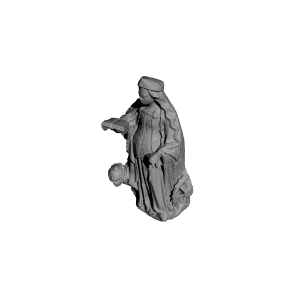