3D
Scan The World
3,024 views 148 downloads
1 collection
Community Prints Add your picture
Be the first to share a picture of this printed object
0 comments

Saint Clotilde (475–545), also known as Clothilde, Clotilda, Clotild, Rotilde. was the second wife of the Frankish king Clovis I, and a princess of the kingdom of Burgundy. Venerated as a saint by the Catholic Church, she was instrumental in her husband's famous conversion to Catholicism and, in her later years, was known for her almsgiving and penitential works of mercy. 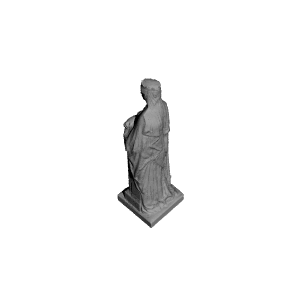 ×
1 collections where you can find Saint Clothilde at The Jardin du Luxembourg, Paris by Scan The World