3D
Featured Scan The World
3,075 views 172 downloads
5 collections
Community Prints Add your picture
Be the first to share a picture of this printed object
0 comments

In the 3rd century, St. Denis was sent by the Pope to Gaul to convert the Gentiles there. First bishop of Paris, he died decapitated a few years later. According to legend, he picked up his head and carried him from Montmartre, where he had been martyred, to the place where he wished to be buried. It was here that the basilica of St. Denis was erected, where the kings of France were buried. 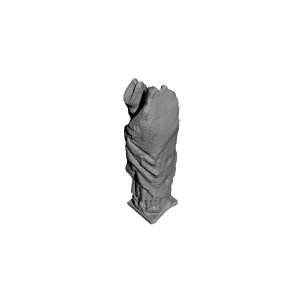 ×
5 collections where you can find Saint Denis de Paris by geoffrey.marchal