3D
Scan The World
6,113 views 248 downloads
2 collections
Community Prints Add your picture
Be the first to share a picture of this printed object
0 comments

Ferdinand III (1199 or 1201 – 30 May 1252) was King of Castile from 1217 and King of León from 1230 as well as King of Galicia from 1231. He was the son of Alfonso IX of León and Berenguela of Castile. Through his second marriage he was also Count of Aumale. Ferdinand III was one of the most successful kings of Castile, securing not only the permanent union of the crowns of Castile and León, but also masterminding the most expansive campaign of Reconquista yet.

By military and diplomatic efforts, Ferdinand greatly expanded the dominions of Castile into southern Spain, annexing many of the great old cities of al-Andalus, including the old Andalusian capitals of Córdoba and Seville, and establishing the boundaries of the Castilian state for the next two centuries. 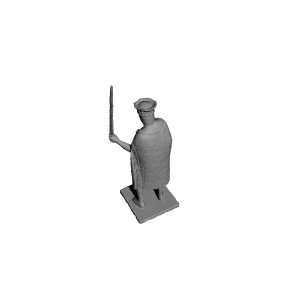 ×
2 collections where you can find Saint Ferdinand in Mexico City, Mexico by Scan The World