Saint George on his horse

3D
Scan The World
2,460 views 122 downloads
Community Prints Add your picture
Be the first to share a picture of this printed object
0 comments

Saint George on his horse

Saint George, according to legend, was a Roman soldier of Greek origin and officer in the Guard of Roman emperor Diocletian, who was sentenced to death for failing to recant his Christian faith. As a Christian martyr, he later became one of the most venerated saints in Christianity and in particular the Crusades.

In hagiography, as one of the Fourteen Holy Helpers and one of the most prominent military saints, he is immortalised in the myth of Saint George and the Dragon. His memorial, Saint George's Day, is traditionally celebrated on April 23. Numerous countries, cities, professions and organisations claim Saint George as their patron. 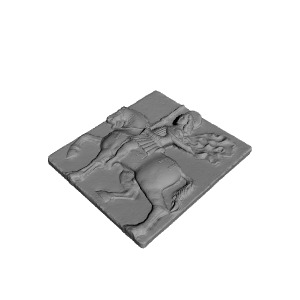