3D
Support Free Scan The World
2,616 views 155 downloads
1 collection
Community Prints Add your picture
Be the first to share a picture of this printed object
0 comments

The neoclassical exterior expresses the traditional Russian-Byzantine formula of a Greek-cross ground plan with a large central dome and four subsidiary domes. It is similar to Andrea Palladio's Villa La Rotonda, with a full dome on a high drum substituted for the Villa's low central saucer dome. The design of the cathedral in general and the dome in particular later influenced the design of the United States Capitol dome, Wisconsin State Capitol in Madison, Wisconsin, and the Lutheran Cathedral in Helsinki.

The exterior is faced with gray and pink stone, and features a total of 112 red granite columns with Corinthian capitals, each hewn and erected as a single block: 48 at ground level, 24 on the rotunda of the uppermost dome, 8 on each of four side domes, and 2 framing each of four windows. The rotunda is encircled by a walkway accessible to tourists. 24 statues stand on the roof, and another 24 on top of the rotunda. 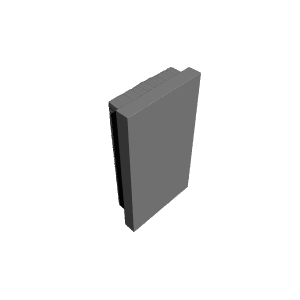