Saint John the Baptist from a Last Judgement

3D
Scan The World
1,432 views 58 downloads
Community Prints Add your picture
Be the first to share a picture of this printed object
0 comments

Saint John the Baptist from a Last Judgement

John the Baptist known as the prophet Yahya in the Quran, as well as John the Baptizer, and John the Forerunner in Eastern Christianity, was a Jewish itinerant preacher in the early first century AD. John is revered as a major religious figure in Christianity, Islam, the Bahá'í Faith, and Mandaeism. He is called a prophet by all of these traditions, and is honored as a saint in many Christian traditions. 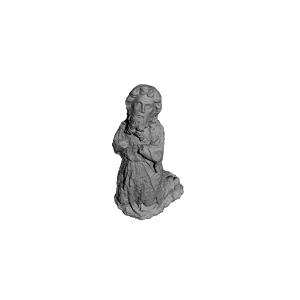