Saint Paul at the Chapelle Rieux

Saint Paul at the Chapelle Rieux

This stone statue reveals Saint Paul, the tax-collector turned apostle whom Jesus appeared to in a blinding shower of light on the road to Damascus.

It stands in the Chapel of Rieux, founded by Jean Tissandier, a Franciscan Bishop. It was built to the east of the large church in the Convent of the Cordeliers. The chapel ended up being the burial site of Jean Tissandier and his Friars but was destroyed at the beginning of the 19th Century. Apparently, the Bishop buried his friars there with his own hands. 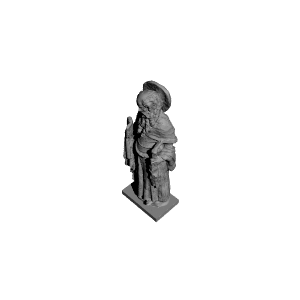