3D
Featured Scan The World
3,008 views 171 downloads
Community Prints Add your picture
Be the first to share a picture of this printed object
0 comments

St. Roch offered all his goods to the poor to lead a life of pilgrim and beggar. While traveling in Italy, he cured many plague victims until he became infected with the disease. Since the end of the Middle Ages, Saint Roch is the protector par excellence against epidemics of plague. The saint wears the habit and the attributes of a pilgrim and raises his garment to show the plague bubo of his leg. 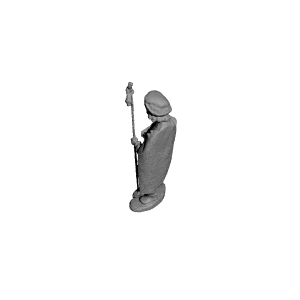 ×
0 collections where you can find Saint Roch by geoffrey.marchal