3D
Scan The World
2,206 views 138 downloads
1 collection
Community Prints Add your picture
Be the first to share a picture of this printed object
0 comments

Nothing is known about St. Sebastian's youth other than the fact he may have come from southern France and he was educated in Milan. He joined the Roman Army in 283 AD, ostensibly to be of service to other Christians who were being persecuted by the Romans. St. Sebastian distinguished himself and for his excellent service, he was promoted to serve in the Praetorian Guard to protect Emperor Diocletian.

While serving as a Praetorian Guard, Marcus and Marcellian, twin brothers, were imprisoned for refusing to make public sacrifices to the Roman gods. The brothers were deacons of the Christian Church. During their imprisonment, their parents visited them to implore them to renounce Christianity. However, St. Sebastian convinced both parents to convert to Christianity. St. Sebastian also converted several other prominent individuals, including the local prefect.

This led to his discovery and he was reported as a Christian to Emperor Diocletian in 286. The Emperor, who was already infamous for ordering the deaths of hundreds of Christians, scolded Sebastian and ordered him to be killed by having him tied to a stake on a training field and used as target practice. 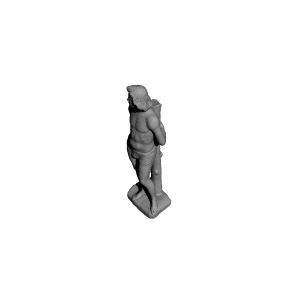