Saint Xenia lived during the eighteenth century, but little is known of her life or of her family. She passed most of her life in Petersburg during the reigns of the empresses Elizabeth and Catherine II. After the untimely death of her husband, she fell into deep depression and eventually started wearing her husband’s clothing, and insisted that she be addressed as “Andrew Feodorovich.” She told people that it was she, and not her husband, who had died. After experiencing this spiritual rebirth, she started living a lonely poor life, but gave everything she had to the poor and eventually became greatly appreciated for her great virtue and spiritual gifts to the communities of St Petersburg. Her grave eventually had a chapel built over it and this is a monument to her on the side of the Philological faculty of St Petersburg State University. 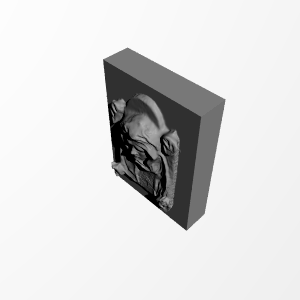