3D
Scan The World
2,921 views 128 downloads
1 collection
Community Prints Add your picture
Be the first to share a picture of this printed object
0 comments

Jean-Baptiste Carpeaux (Valenciennes, 1827 - Courbevoie, 1875) created the portrait of Samuel Welles de Lavalette in 1866, five years after having sculpted the bust of his mother, the marquise de Lavalette (also uploaded on Scan The World). Son of an American banker and adoped by the marquis of Lavalette, second husband of his mother, Samuel Welles de Lavalette became one of the elite of the Second Empire. With this bust, Carpeaux created a marvellous expression of friendliness and nonchalant elegance of a young, rich dandy.

Samuel Welles de Lavalette was a French politician born March 22, 1834 in Boston ( USA ) and died July 13, 1892 in Prigonrieux ( Dordogne ). As a diplomat, he was a secretary of the embassy and adopted by the Marquis de Lavalette. Director of the Chemins de fer de l'Ouest , he married the daughter of Eugene Rouher and naturalized French in May 1863. He was a deputy from 1863 to 1870 serving in the majority supporting the Second Empire . 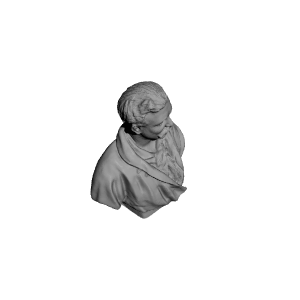 ×
1 collections where you can find Samuel Welles de la Valette at the Petit Palais, Paris by Scan The World