3D
5,629 views 234 downloads
3 collections
Community Prints Add your picture
Be the first to share a picture of this printed object
0 comments

Game of Thrones is an American fantasy drama television series created for HBO by showrunners David Benioff and D. B. Weiss. It is an adaptation of A Song of Ice and Fire, George R. R. Martin's series of fantasy novels, the first of which is titled A Game of Thrones. Filmed in a Belfast studio and on location elsewhere in Northern Ireland, Croatia, Iceland, Morocco, Spain, Malta, Scotland, and the United States, it premiered on HBO in the United States on April 17, 2011. 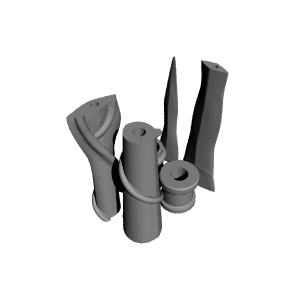