This object was Created with Tinkercad. https://www.tinkercad.com/things/6wMnLqVbKff, and was based off of an old egyptian statue of a sphinx and a cat. the little tidbit of backstory for this is that these living and semiintelligent statues supposedly came from a dragon worshipping people who employed dragons as pets and guardians, and this small sentient statue is one of the few remains of those ancient peoples and is supposedly a magical dragon preseved within a crystaline armor such as many of the dragons used in upper society. Much of the dragon statue appears to be made of carved and chisled away sapphire the eyes were made of the Gemstone Citrine though the do move and act much like and iris would for an animal. This dragon was most likely put in one of their grand as a guardian of evil spirits, though compared to other statues it is a little lackluster in the amount of decoration pointing it to be a personal guardian of some aristocrat or a leader of sorts within their society, and not one of the massive ones made for the army or temple guardians though it is still dangerous and will move around and protect those from animals or people it deems dangerous.Though researchers claim it acts moodyas well as exibiting other behaviors much like a modern day housecat, with crystal skin, and fire breath, but other than that just like a cat. 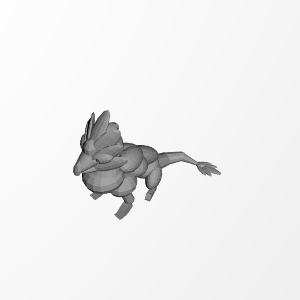 ×
1 collections where you can find Sapphire Dragon Statue by akann
×
Collin Tupper
@littleTup
2
Printed on: Anet A8
Material: PLA
Posted at: 12th August 2019