Sarcophagus depicting The Story of Hippolytus at The State Hermitage Museum, St Petersburg

3D
Support Free Scan The World
4,611 views 300 downloads
Community Prints Add your picture
Be the first to share a picture of this printed object
0 comments

Sarcophagus depicting The Story of Hippolytus at The State Hermitage Museum, St Petersburg

Hippolytus was a minor divinity in Greek religion. At Athens he was associated with Aphrodite, the goddess of love; at Troezen, girls just before marrying dedicated to him a lock of their hair. To the Greeks his name might suggest that he was destroyed by horses.

In Euripides’ tragedy Hippolytus, he was son of Theseus, king of Athens, and the Amazon Hippolyte. Theseus’ queen, Phaedra, fell in love with Hippolytus. When Phaedra’s passion was revealed to him, he reacted with such revulsion that she killed herself, leaving a note accusing Hippolytus of having tried to rape her. Theseus, refusing to believe Hippolytus’ protestations of innocence, banished him and called down upon him one of the three curses the sea god Poseidon had given to him. Poseidon sent a sea monster that frightened Hippolytus’ horses until he could no longer control them. They smashed the chariot and dragged their master to death. 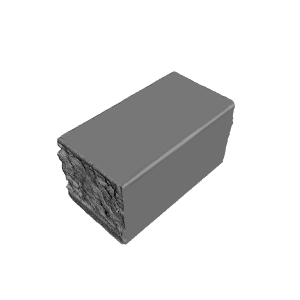 ×
0 collections where you can find Sarcophagus depicting The Story of Hippolytus at The State Hermitage Museum, St Petersburg by Scan The World