3D
Scan The World
1,773 views 42 downloads
Community Prints Add your picture
Be the first to share a picture of this printed object
0 comments

Sarcophagus fragment presumed to be that of Emperor Constantine the Great (?). The iconic red Egyptian porphyry material is the same used for for Sarcophagi of Helena and Constantina (now in the Vatican Museums), depicting victorious Roman Cavalry riding above captured barbarians. It is unclear if such imagery was intended for the sarcophagus of a highly religious Christian man, or whether the coffin was repurposed for his burial. 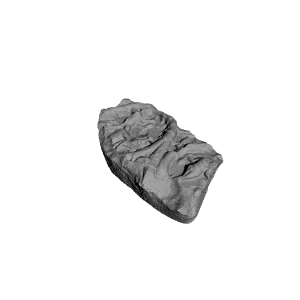 ×
0 collections where you can find Sarcophagus fragment of Emperor Constantine the Great (?) by Scan The World