3D
Scan The World
1,394 views 28 downloads
Community Prints Add your picture
Be the first to share a picture of this printed object
0 comments

In Greek mythology, Endymion was a handsome young man, usually described as a shepherd or an astronomer. The myth says he was asleep most of his life, either having been cursed by Zeus, choosing to do so himself for everlasting youth, or possibly influenced by Selene, the goddess of the Moon and his lover. This particular depicition shows him alert and waiting for the lunar goddess, which is very rare among the many reliefs with this subject produced in Rome. 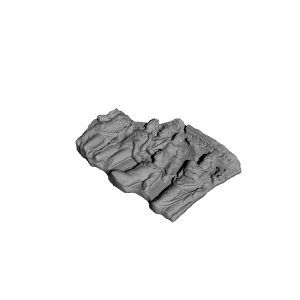 ×
0 collections where you can find Sarcophagus Gragment: Endymion receives the Moon Goddess Selene by Scan The World