3D
Scan The World
2,954 views 116 downloads
Community Prints Add your picture
Be the first to share a picture of this printed object
0 comments

This sarcophagus is known as Sarcophagus of the Annona and dates back to the III century (c. 280 AD) and is conserved at the National Roman Museum, in Palazzo Massimo. The Sarcophagus measures 0.85 m. high, is a work with popular style with the simbolic raffiguration of the trade and the grain distribution.

The front of the sarcophagus is decorated by eight figures in relief in the background of a parapetasma (curtain). At the center two spouses celebrating dextrarum iunctio above a small altar. Even the hairstyle of the woman is taken from that of Ulpy Severina, wife of Aurelian, or Magnia Urbica, wife of Carino. Behind them lies, exactly in the center, the allegorical figure of Juno Pronuba, while the male figure behind the groom looks like a Genius Senatus. On the sides of the central group there are two groups of figures more or less symmetrical: at the extreme left is the personification of Porto (with a lighthouse in the right hand and the projection of a bow and waves on the feet) next to the figure with a muralis crown of Ostia and holding in the hand the card annonaria and a rudder (perhaps also representing Fortuna Annonaria); To the right are Fortune Annonaria (or Abundantia, with the cornucopia), with modii (typology of hatd) on the feet, and the personification of Africa, with ears of grain in the hand and elephants in the head (it was the cornerstone province par excellence ).

Symbolic figures allude to the trade and distribution of grain, infact the spouse praefectus annonae (perhaps the prefect under Aureliano, Flavio Arabiano); The style resembles that of the previous twenty years (gallianic classicism), but the drill is used more, with greater chiaroscuro effects, the bodies are chunky, the heads more squared. In this relief the couple in the center seems to give one of the most painful and expressive portraits of these times, indicative of the climate of anguish during the crisis of the 3rd century. 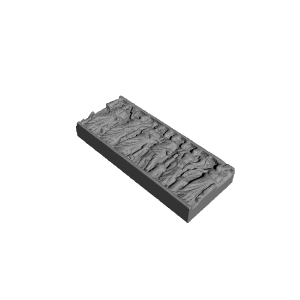 ×
0 collections where you can find Sarcophagus of the Annona (or S. with a couple and personifications) by Scan The World