3D
Scan The World
3,003 views 112 downloads
1 collection
Community Prints Add your picture
Be the first to share a picture of this printed object
0 comments

Of the characters in Greek mythology called Phaethon, the best known was the son of the Oceanid Clymene and the solar deity Apollo or Helios. Alternative, less common genealogies make him a son of Clymenus by Merope, of Helios and Rhode (thus a full brother of theHeliadae) or of Helios and Prote.

In the prevailing account, Phaethon, challenged by his playmates, sought assurance from his mother that his father was the sun god. She gave him the requested assurance and told him to turn to his father for confirmation. He asked his father for some proof that would demonstrate his relationship with the sun. When the god promised to grant him whatever he wanted, he insisted on being allowed to drive the sun chariot for a day. Placed in charge of the chariot, he was unable to control the horses. The earth was in danger of being burnt up and, to prevent this disaster, Zeus killed him with a thunderbolt.

There are small amount of support on the model , but it is easy to clean and there is no risk to brake any part on the model, it is quite solid. Enjoy your print. 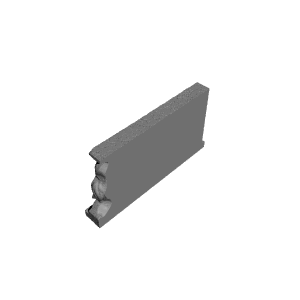 ×
1 collections where you can find Sarcophagus panel depicting the Fall of Phaeton at The State Hermitage Museum, Saint Petersburg by Scan The World