3D
Scan The World
2,413 views 149 downloads
Community Prints Add your picture
Be the first to share a picture of this printed object
0 comments

The Small Ludovisi Sarcophagus with a frontal relief depicting a scene of battle between Romans and barbarians between two winged victories, one in each corner, standing on two nude, crouching prisoners. The battle scnes are repeated in very low relief on the shorete sides of the scarcophagus: a roman horseman is defeating three enemies, while th epalm-tree in the background symvolizes victory.

The figure style sraws upon Hellenistic sculptural models in a typically roman way, as detected for example in the figure of the barbarian in phrygian dress. The central image of the victorious commander in an emperor-like attitude hints to a typically Roman view of triumphung power.The interior of the sarcophagus is fashioned with a cushion fo the placement of the body. A drainhole in the left side of the sarcophagus indicates the reuse in a later period as a fountain basin. The style of the relief is similar to that of the decoration of the column of Marcus Aurelius. and thus it can be dated to 175-180 AD 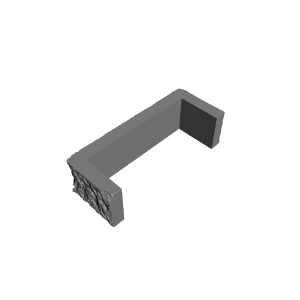