Sarcophagus with the myth of Prometheus and the creation of man

3D
Scan The World
4,183 views 188 downloads
6 collections
Community Prints Add your picture
Be the first to share a picture of this printed object
0 comments

Sarcophagus with the myth of Prometheus and the creation of man

Prometheus and Epimetheus were spared imprisonment in Tatarus because they had not fought with their fellow Titans during the war with theOlympians. They were given the task of creating man. Prometheus shaped man out of mud, and Athena breathed life into his clay figure.Prometheus had assigned Epimetheus the task of giving the creatures of the earth thier various qualities, such as swiftness, cunning, strength, fur, wings. Unfortunately, by the time he got to man Epimetheus had given all the good qualities out and there were none left for man. So Prometheus decided to make man stand upright as the gods did and to give them fire.

Prometheus loved man more then the Olympians, who had banished most of his family to Tartarus. So when Zeus decreed that man must present a portion of each animal they scarified to the gods Prometheus decided to trick Zeus. He created two piles, one with the bones wrapped in juicy fat, the other with the good meat hidden in the hide. He then bade Zeus to pick. Zeus picked the bones. Since he had given his word Zeus had to accept that as his share for future sacrafices. In his anger over the trick he took fire away from man. However, Prometheus lit a torch from the sun and brought it back again to man. Zeus was enraged that man again had fire. He decided to inflict a terrable punishment on both man and Prometheus.

To punish man, Zeus had Hephaestus create a mortal of stunning beauty. The gods gave the mortal many gifts of wealth. He then had Hermes give the mortal a deceptive heart and a lying tongue. This creation was Pandora, the first women. A final gift was a jar which Pandora was forbidden to open. Thus, completed Zeus sent Pandora down to Epimetheus who was staying amongst the men.

Prometheus had warned Epimetheus not to accept gifts from Zeus but, Pandora's beauty was too great and he allowed her to stay. Eventually, Pandora's curiosity about the jar she was forbidden to open became to great. She opened the jar and out flew all manor of evils, sorrows, plagues, and misfortunes. However, the bottom of the jar held one good thing - hope.

Zeus was angry at Prometheus for three things: being tricked on scarifices, stealing fire for man, and for refusing to tell Zeus which of Zeus's children would dethrone him. Zeus had his servants, Force and Violence, seize Prometheus, take him to the Caucasus Mountains, and chain him to a rock with unbreakable adamanite chains. Here he was tormented day and night by a giant eagle tearing at his liver. Zeus gave Prometheus two ways out of this torment. He could tell Zeus who the mother of the child that would dethrone him was. Or meet two conditions: First, that an immortal must volunteer to die for Prometheus. Second, that a mortal must kill the eagle and unchain him. Eventually, Chiron the Centauragreed to die for him and Heracles killed the eagle and unbound him. 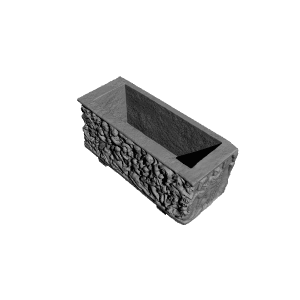