3D
1,595 views 96 downloads
1 collection
Community Prints Add your picture
Be the first to share a picture of this printed object
0 comments

During one of my stays in a small village hostel I have found a board game in the cupboard that I have not seen before. It was a Hungarian scrabble game with Lego like puzzle elements added to it that has changed the game entirely. The rules were that you could build on top of the other players letters as long as it still made sense. Once you play it this way you can just never go back to playing scrabble without wishing "if only I could put this letter on top of that" :D

I have have recreated the main letter block in Blender where you can mark the square with the desired letter according to your language.

(The image attached is a rendered visualization of the object.) 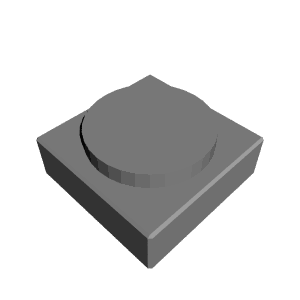 ×
1 collections where you can find Scrabble Lego game by prokischd