Scribe of the King

3D
Scan The World
1,390 views 37 downloads
Add to collection
0 0
Community Prints Add your picture
Be the first to share a picture of this printed object
0 comments

Scribe of the King

A Scribe : The profession, previously found in all literate cultures in some form, lost most of its importance and status with the advent of printing. The work could involve copying books, including sacred texts, or secretarial and administrative duties, such as taking of dictation and the keeping of business, judicial and, historical records for kings, nobles, temples, and cities. Later the profession developed into public servants, journalists, accountants, typists, and lawyers. In societies with low literacy rates, street-corner letter-writers (and readers) may still be found providing a service.

The artist is unknown. 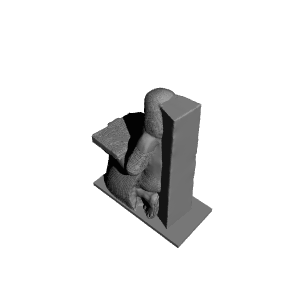