3D
Scan The World
1,308 views 44 downloads
Community Prints Add your picture
Be the first to share a picture of this printed object
0 comments

This sculpture is on the Siva shrine at Ukhimath Temple. It was 3D scanned with a Structure Scanner attached to an iPad Mini 4. 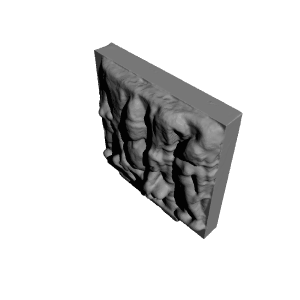