3D
Scan The World
1,474 views 100 downloads
1 collection
Community Prints Add your picture
Be the first to share a picture of this printed object
0 comments

The ancient Greek term for sea gods was "Theoi Halioi". These deities were commanded by the Sea-King Poseidon and his queen Amphitrite. The range of Greek sea gods of the classical era range from primordial powers and an Olympian on the one hand, to heroized mortals, chthonic nymphs, trickster-figures, and monsters on the other. 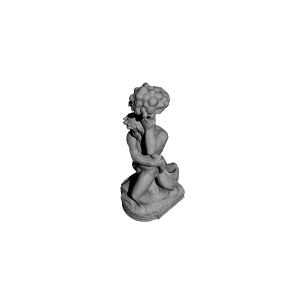