Seated Figure from Ecuador at the UEA, Norwich

3D
Scan The World
2,372 views 88 downloads
Community Prints Add your picture
Be the first to share a picture of this printed object
0 comments

Seated Figure from Ecuador at the UEA, Norwich

This sculpture is from South America, Ecuador of the La Tolita-Tumaco culture and originated from 300 BC-AD 400. The culture of Tumaco -La Tolita is an archaeological culture of pre-Columbian times , which spread in the coastal region on the border of Colombia and Ecuador . Two of the most remarkable sites of the native culture and are Tumaco La Tolita , from which it derives its name. According to the source , it can be called culture Tumaco and La Tolita . Archaeological evidence available of this culture are old in the case of the former site of The Tolita whose materials have been dated from the seventh century BC. AD, while for Tumaco oldest dates correspond to 300 BC. 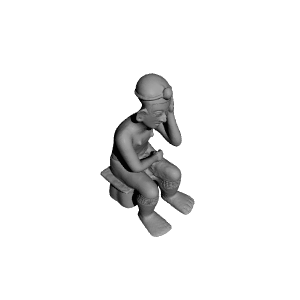 ×
0 collections where you can find Seated Figure from Ecuador at the UEA, Norwich by Scan The World