3D
Scan The World
2,096 views 66 downloads
Community Prints Add your picture
Be the first to share a picture of this printed object
0 comments

"The attribution of this figure to Cyrenaica is not certain; the clay is not like that of Rhodes, and does resemble that of some Cyrenaica figures. However, the style and type resemble figures made at Paestum."

"Cyrenaica is the eastern coastal region of Libya. Also known as Pentapolis in antiquity, it formed part of the Creta et Cyrenaicaprovince during the Roman period, later divided into Libya Pentapolis and Libya Sicca. During the Islamic period, the area came to be known as Barqa, after the city of Barca.

Cyrenaica was the name of an administrative division of Italian Libya from 1927 until 1943, then under British military and civil administration from 1943 until 1951, and finally in the Kingdom of Libya from 1951 until 1963. In a wider sense, still in use, Cyrenaica includes all of the eastern part of Libya, including the Kufra District. Cyrenaica borders on Tripolitania in the northwest and on Fezzan in the southwest. The region that used to be Cyrenaica officially until 1963 has formed severals habiyat, the administrative divisions of Libya, since 1995." 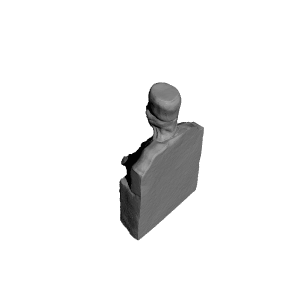 ×
0 collections where you can find Seated Figure on a Throne at The British Museum, London by Scan The World