3D
360°
Scan The World
2,037 views 124 downloads
1 collection
Community Prints Add your picture
Be the first to share a picture of this printed object
0 comments

Figurines of human form are often found on Late Neolithic village sites in Southeast Europe, but their purpose is unknown.

This fired clay figurine is of a person seated on a chair with their hands on hips. The face is highly stylised and might be someone wearing a mask. The figure has ben decorated with incised lines that seem to indicate it is wearing a garment and amulets. The holes at the head and arms were perhaps for holding earrings or other ornaments. Some of its red pigment is preserved on the body, and the figurine has been assumed to be female, because of parallels with other figures, but this is uncertain. 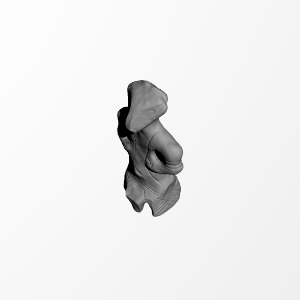