3D
360°
Scan The World
1,865 views 72 downloads
3 collections
Community Prints Add your picture
Be the first to share a picture of this printed object
0 comments

Countless bronze figures of Isis nursing her son Horus exist from the later periods of ancient Egypt. The wife of Osiris represented both the feminine ideal and the grandmother of the royal heir. During the first millennium BC, she was the object of a strong religious fervor, as illustrated in her Nubian temple on the island of Philae and the expansion of her cult around the entire Mediterranean basin. 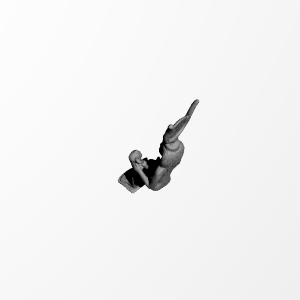