3D
Scan The World
1,213 views 61 downloads
Community Prints Add your picture
Be the first to share a picture of this printed object
0 comments

This sculpture by Antoine Bourdelle shows a study of a seated male nude. Bourdelle was one of the most prolific and influential French sculptors of his era. He is famous for creating over 40 statues of Ludwig Beethoven, whose music he greatly admired.

The statue resides in the Musee Bourdelle, which used to be the sculptor's studio, but examples of Bourdelle's work can be found in collections all around the world. 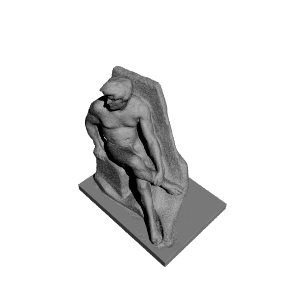