3D
Scan The World
3,071 views 241 downloads
1 collection
Community Prints Add your picture
Be the first to share a picture of this printed object
0 comments

The sculpture of the Seated Scribe or Squatting Scribe is a famous work of ancient Egyptian art. It represents a figure of a seated scribe at work. sculpture represents a man in a seated position, presumably a scribe. The figure is dressed in a white kilt stretched to its knees. It is holding a half rolled papyrus.The hands are in writing position. It seems that the right hand was holding a brush, now missing.The scribe has a soft and slightly overweight body, suggesting he is well off and does not need to do any sort of physical labor. He sits in a cross-legged position that would have been his normal posture at work. His facial expression is alert and attentive, gazing out to the viewer as though he is waiting for them to start speaking. He has a ready-made papyrus scroll laid out on his lap but the reed-brush used to write is missing. Both his hands are positioned on his lap. His right hand is pointing towards the paper as if he has already started to write while watching others speak.The scribes were some of the very few who knew how to read and write, and were highly regarded and well-paid. Most people were peasant farmers who had no need for literacy, and "although some members of the royal family and high status individuals, as well as officials, priests, and army officers were literate, scribes were needed for operations of the state at all levels." Scribes were used for multitude of things involving everyday Egyptian life, they would be used as tax collectors and were in charge of organizing personnel for activities such as mining, trade and war. Scribes were also used to work on projects like pyramid building and helped communicate between the rulers and the Egyptian people. 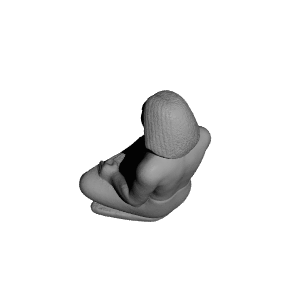