3D
Scan The World
4,502 views 141 downloads
Community Prints Add your picture
Be the first to share a picture of this printed object
0 comments

On February 22, the new terrace in front of the University of Virginia Art Museum received its focal point in the form of a bronze sculpture by Henry Moore, a loan from the Henry Moore Foundation in England. EntitledSeated Woman, the over life-sized figure is an early example of the monumental bronzes that became a central element in Moore's work from the late 1950s until his death in 1986. 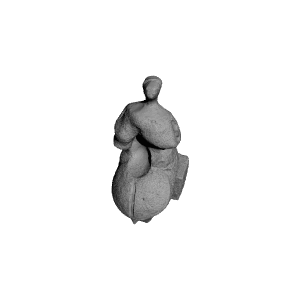 ×
0 collections where you can find Seated Woman at Donald J. Hall Sculpture Park, Kansas, USA by Scan The World