3D
5,881 views 436 downloads
1 collection
Community Prints Add your picture
Be the first to share a picture of this printed object
0 comments

The Seattle Seahawks are a professional American football franchise based in Seattle, Washington. They are members of the National Football League (NFL) and the current Super Bowl champions. They are members of the NFC West division of the National Football Conference (NFC). The Seahawks joined the NFL in 1976 as an expansion team along with the Tampa Bay Buccaneers. The Seattle Seahawks have no relation to the defunct Miami Seahawks of the All-America Football Conference. The Seahawks are owned by Paul Allen, co-founder of Microsoft, and are currently coached by Pete Carroll. Since 2002, the Seahawks have played their home games at CenturyLink Field, located south of downtown Seattle. The Seahawks previously played home games in the Kingdome (1976–1999) and Husky Stadium (1994, 2000–2001). 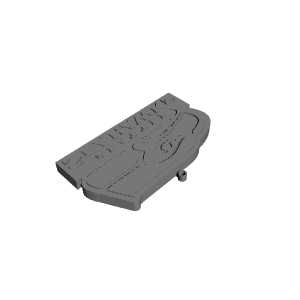 ×
1 collections where you can find Seattle Seahawks by rozoom