Section of Aphrodite at the Louvre, Paris, France

3D
Scan The World
3,510 views 314 downloads
1 collection
Community Prints Add your picture
Be the first to share a picture of this printed object
0 comments

Section of Aphrodite at the Louvre, Paris, France

Aphrodite is the Greek goddess of love, beauty, pleasure, and procreation. Her Roman equivalent is the goddess Venus. Because of her beauty, other gods feared that their rivalry over her would interrupt the peace among them and lead to war, so Zeus married her to Hephaestus, who, because of his ugliness and deformity, was not seen as a threat. Aphrodite had many lovers—both gods, such as Ares, and men, such as Anchises. She played a role in the Eros and Psyche legend, and later was both Adonis's lover and his surrogate mother. Many lesser beings were said to be children of Aphrodite. 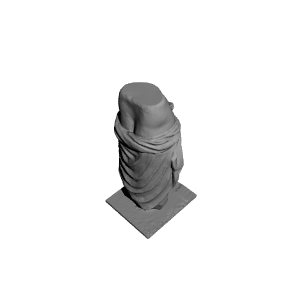 ×
1 collections where you can find Section of Aphrodite at the Louvre, Paris, France by Scan The World