3D
Scan The World
1,228 views 65 downloads
Community Prints Add your picture
Be the first to share a picture of this printed object
0 comments

The artist chose to represent himself, in profile, "all'antica" - in the manner of the Romans. Such choice is very common during the Renaissance, for many artists seek to imitate the ancient art from the Greeks and Romans, thanks to the classical texts and artefacts that are gradually being discovered.

It is also interesting to highlight the fact that the inscription beneath the self portrait qualifies him as a Florentine citizen. In 1556, when this relief was made, Florence was an autonomous city since the 12th century, and under the reign of the Medici family, exerted its political and financial influence over much of central Italy. 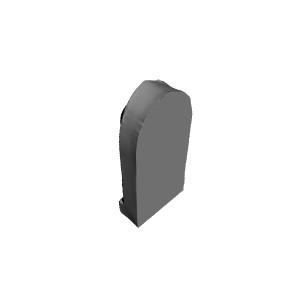