3D
360°
Scan The World
2,308 views 347 downloads
3 collections
Community Prints Add your picture
Be the first to share a picture of this printed object
0 comments

Selma Lagerlöf’s first novel, Gösta Berling’s Saga, was published in 1891. In 1909, she received the Nobel Prize for Literature and in 1914 became the first woman in the Swedish Academy. The Wonderful Adventures of Nils (1906–1907) became internationally known. This book was written as a reader on Swedish geography for the public schools. Lagerlöf is still one of Sweden’s most popular writers. 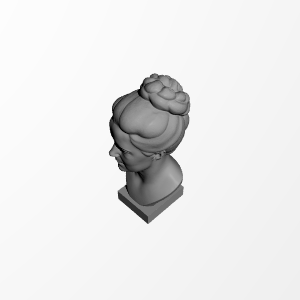 ×
3 collections where you can find Selma Lagerlöf by nationalmuseumswe