3D
360°
Scan The World
2,867 views 304 downloads
2 collections
Community Prints Add your picture
Be the first to share a picture of this printed object
0 comments

Occasionally an innovative artist enhanced a traditional sculptural form. This statue of Senenmut—an important official during the joint reign of Queen Hatshepsut and King Thutmose III—appears in the classic kneeling pose known since the Fourth Dynasty (circa 2625–2500 B.C.E.). Old and Middle Kingdom kneeling statues show a subject with his hands resting on his thighs or holding a pair of tiny round vessels. The sculptor of this piece, however, depicted Senenmut presenting a complex object: a cobra resting in a pair of upraised arms, wearing cow horns with a sun-disk. Egyptologists interpret this image as a cryptogram of Hatshepsut’s throne name (Ma`at-ka-re). 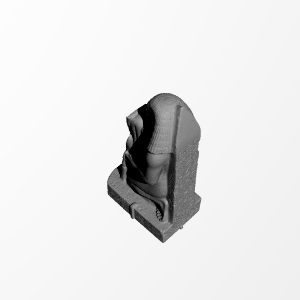 ×
2 collections where you can find Senenmut by Scan The World