3D
360°
Scan The World
1,652 views 153 downloads
1 collection
Community Prints Add your picture
Be the first to share a picture of this printed object
0 comments

Marble bust of the Roman Emperor Septimius Severus, c. AD 204. Septimius Severus (11 April 145 – 4 February 211), also known as Severus, was Roman emperor from 193 to 211. He was born in Leptis Magna in the Roman province of Africa. As a young man he advanced through the cursus honorum—the customary succession of offices—under the reigns of Marcus Aurelius and Commodus. Severus seized power after the death of Emperor Pertinax in 193 during the Year of the Five Emperors.

We are working on a higher quality version of this model. 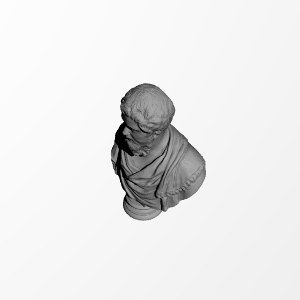