This work, ceated by Rudolph Tegner in 1899, was created to serve as a monument to the artist's mother and adorn her tomb.

Tegner was heavily inspired at a young age by the works of Michelangelo, and his influence is seen in this work in the unfinished roughness of the work, but took a contemporary freshness in his reinterpretation by playing on the classical style of graveyard monuments. 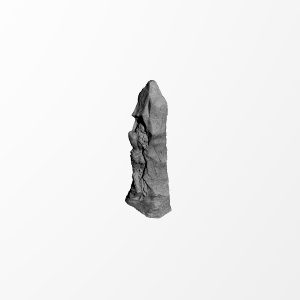 Printed on the Craftbot 3, Sliced with Simplify 3D at 240mm tall. Finished in Bronze