3D
360°
Scan The World
2,229 views 167 downloads
3 collections
Community Prints Add your picture
Be the first to share a picture of this printed object
0 comments

This statue is a monument to Rudolph Tegner's mother.

Tegner was the son of politician and businessman Jørgen Henry August Tegner and his wife Signe Elisabeth Puggaard.

He travelled to Greece and to Italy as a young man, where he was particularly impressed by Michelangelo's sculptures in the Medici Chapel. His first major work, A Faun (1891) was installed at Charlottenburg Palace. From 1890 to 1893 he collaborated with the Norwegian sculptor Gustav Vigeland, and then moved to Paris, where he resided until 1897. Tegner's sculptures developed the stylistic innovations of Art Nouveau and the erotic realism of Auguste Rodin. This caused widespread debate in Denmark, which was still heavily influenced by the restrained neo-classical ideals of Bertel Thorvaldsen. Tegner, in contrast, emphasised violent monumental forms which were both eye-catching and provocative. 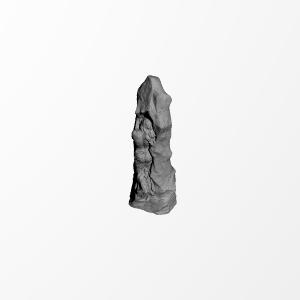 ×
3 collections where you can find Sepulchral Monument to the Artist's Mother, Signe Tegner by SMK - Statens Museum for Kunst