Shalmat and Shalmat her mother at The British Museum, London

3D
Scan The World
2,465 views 65 downloads
Community Prints Add your picture
Be the first to share a picture of this printed object
0 comments

Shalmat and Shalmat her mother at The British Museum, London

Inscription - 'Alas! Shalmat her mother. Alas! Shalmat daughter of Shamshigeram in the month Elul [September] in the year 495 [AD 184]
Hairan her son.' 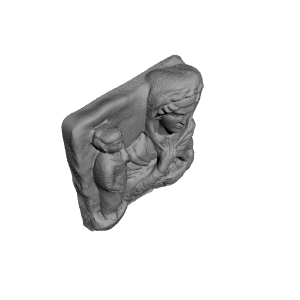 ×
0 collections where you can find Shalmat and Shalmat her mother at The British Museum, London by Scan The World