3D
Scan The World
3,018 views 92 downloads
Community Prints Add your picture
Be the first to share a picture of this printed object
0 comments

Shiva, also known as Mahadeva ("Great God"), is a popular Hindu deity. He is the Supreme god within Shaivism, one of the three most influential denominations in contemporary Hinduism.He is one of the five primary forms of God in the Smarta tradition, and "the Destroyer" or "the Transformer" among the Trimurti, the Hindu Trinity of the primary aspects of the divine. This is a stone bust of Shiva's head now displayed at the Sainsbury's Centre for Visual Arts in Norwich. 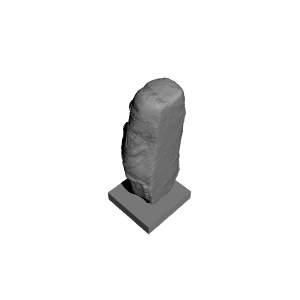 ×
0 collections where you can find Shiva Head, Norwich, UK by Scan The World