3D
Scan The World
2,676 views 149 downloads
2 collections
Community Prints Add your picture
Be the first to share a picture of this printed object
0 comments

Single Form created in 1961-4 out of bronze stads 21 feet in height (6.4 metres). There are multiple locations for this sculpture, the two most prominant being at the United Nations Building, New York and Battersea Park in London.

Single Form is Hepworth's largest work and her most significant public commission. Hepworth was a friend of the United Nations secretary general Dag Hammarskjöld, who admired and collected her work (including a Single Form in sandalwood of 1937-8, BH 103). Single Form was commissioned by the Jacob and Hilda Blaustein Foundation as a memorial to Hammarskjöld after his tragic death in an air crash in 1961. 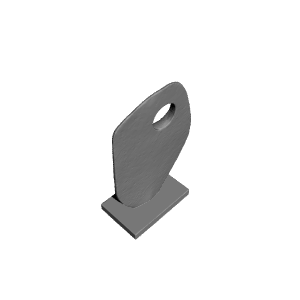 ×
2 collections where you can find Single Form in Battersea Park, London by Scan The World