His name is Sir Arthur Privet. He is a robot from the future with a net worth of over 3.6 billion dollars. It is the year 3000. Sir Privet owns the largest charging franchise in the world known as- "Amico and Friends". The antenna on his head allows him to connect with his employees over long distances. Sir Privet also owns a communication company which helps broadcast messages from one side of the globe to the other. This company is called- "Nuntius Mihi Rurus" translated to "Message Me Again". #Tinkercharacters 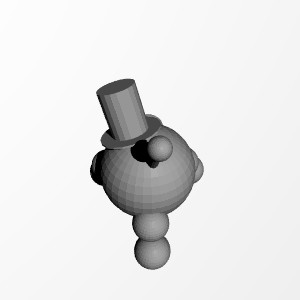