3D
Scan The World
3,049 views 98 downloads
Community Prints Add your picture
Be the first to share a picture of this printed object
0 comments

Brother of John Lawrence; one of the most sensitive and gifted administrators in India; as Chief Commissioner in Oudh helped to soothe local fears but could not stem the Rebellion of 1857; directed the heroic defence of Lucknow during which he was killed.

Given by the sitter's grandson, 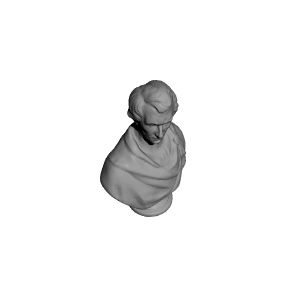 ×
0 collections where you can find Sir Henry Montgommery Laurence at The National Portrait Gallery, London by Scan The World