3D
Scan The World
3,639 views 113 downloads
Community Prints Add your picture
Be the first to share a picture of this printed object
0 comments

Rear-Admiral Sir John Franklin (16th April 1786 - 11th June 1847) was an English Royal Navy officer and explorer of the Arctic. Franklin also served as Lieutenant-Governor of Van Dieman's Land (no Tasmania) from 1837 to 1843. He disappeared on his last expedition, attempting to chart and navigate a section of the Northwest Passage in the Canadian Arctic. The icebound ships were abandoned and the entire crew died of starvation, hypothermia, tuberculosis, lead poisoning, and scurvy. 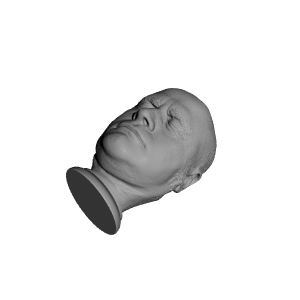 ×
0 collections where you can find Sir John Franklin by AnatomicalMuseum